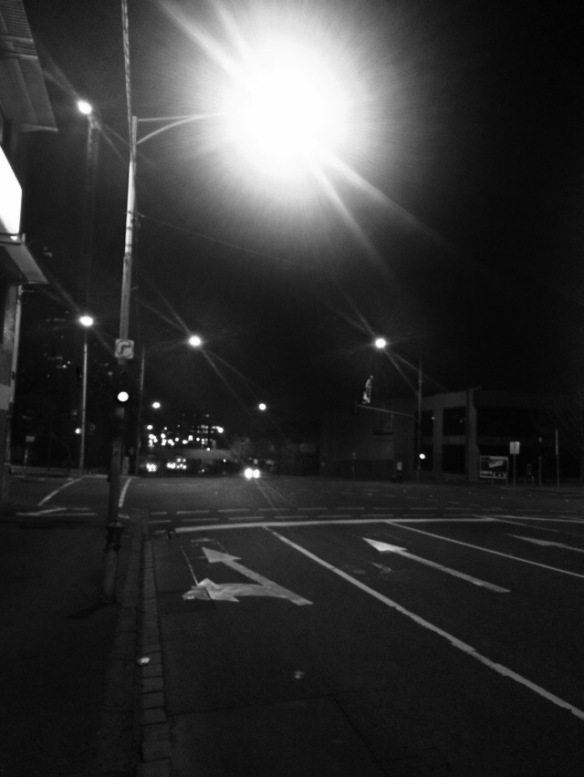 Tonight I had dinner with a girlfriend of mine in the city post-gym (yes, I’m already noticing that I’m using ‘post-‘ too much, but I can’t control myself).

It was one of those dinners that had always been talked about (“So, next week, lets catch up for dinner!”)… But inevitably doesn’t happen for a multitude of reasons – too busy, too sick, too tired, too broke, other commitments etc. there’s always an excuse. But unlike some people, I also acknolwedge that these things happen (read: life!) and we’re not capable of doing absolutely everything we’d like to, because, well, we don’t have 35hrs in the day.

So after weeks and weeks and weeks of postponing our dinner date, we finally locked it in. A chance to finally sit down and have a real catch up and actually have some real conversation for a change, something that I have particularly been craving.

And it was so much more than I thought it would be. We ended up talking about blogging – the ins and outs of it, like a very generalised ‘how-to’ and I ended up inspiring a fellow creative person to start writing a blog – and if she’s reading this, I hope she knows how much I’m looking forward to reading her future content, just as I’m very nervous about having her read my content, which was something that we spoke about also.

However, this interaction made me realise something: just how foreign it felt to have somebody that you know, express their interest and excitement in reading something that I’ve written, let alone inspire them to do the same. But further to that, I realised how foreign it felt just to have somebody you know support you in doing something that is quite personal and creates so much vulnerability.

It was support and encouragement that I’ve not had for quite some time. Support and encouragement that I’ve only ever gotten from one other person, and unfortunately not the person I was in a relationship with. I’m not saying that I’m a needy person, or that I need somebody to constantly blow smoke up my arse and tell me how ‘amazing’ I am. Instead it’s more about getting acknowledgement and recognition for something that is quite personal, and an aspect of me that not everybody knows exists. Usually when I tell somebody about my blog, they’re quite surprised because I rarely mention it; I don’t shout it from the rooftops. Then when they read some of my content, there’s more surprise – generally because it’s so unexpected and yet completely complements my personality. So it’s always nice when somebody genuinely shows an interest / support / encouragement in something that I’m doing. You know, like being an actual human.

So after much conversation and excitement and food, it was getting late and we said our goodbyes and I began my journey home. Usually a late night in the city would make me choose the convenience of getting a taxi home, but in comparing the cost to the convenience, I opted for public transport.

Riding the escalator to the train station I merely glimpsed at the board and saw one of my train lines and 2min on the board. Did I actually read the board properly? No.  So there’s me, full from dinner and running through the station like a crazy person, trying to get down the escalator to the platform without falling over and breaking my neck, I arrive on Platform 3 only to discover the train arriving, isn’t actually the train I thought I would be catching. My next immediate assumption is that perhaps the board said to catch this train, and then change at a further station.

I jumped on the train and took a seat, trying not to be too distracted by the woman staring at me whilst she was on the phone, and jumped off at the station you generally change trains on and I look at the boards there. My next train: 26mins.

I open my phone and work out when the next bus home is insted. So I start walking. Walking around the back streets of North Melbourne late at night is certainly a new experience for me, but not one I’m in any hurry to repeat.

I walk and I walk, and eventually come across the bus stop. The eerie thing is that there’s nobody around. No people. No cars. And for a moment I feel like I’ve stepped into some kind of scary movie. But then the lights changed and headlights peeked over the hill and that sign of civilisation brought me back to reality. 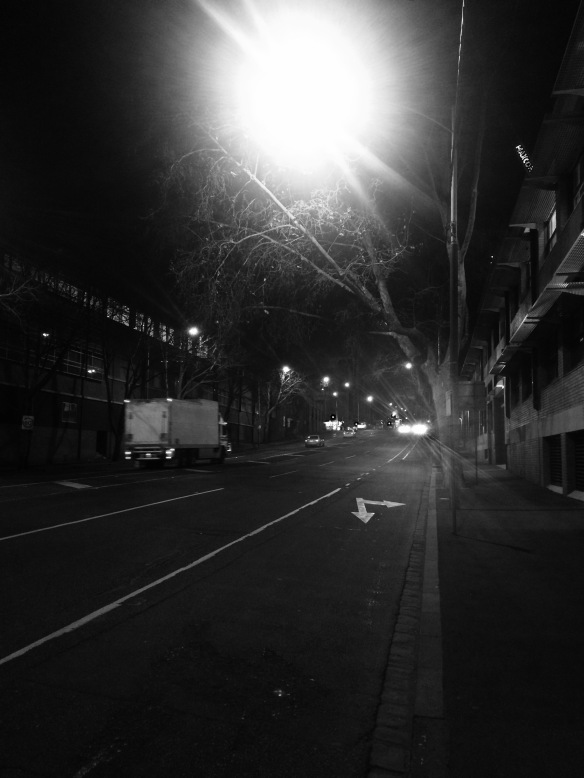 Admittedly I did jump when I got tapped on the shoulder by 3 Japanese tourists – I don’t know who was more startled, me or them when I jumped and gasped at the same time. They were wanting to know if the bus would take them to Footscray.

It wasn’t until after midnight that I got home, but I spent the whole ride feeling inspired. It really opened my eyes to something outside the tightly-wound bubble I currently live in and I need more of those moments. ﻿

1 thought on “The Post-Dinner Journey Home (Or  ‘How I Found Myself Waiting For a Bus In North Melbourne at 11:30pm on a Tuesday!’)”