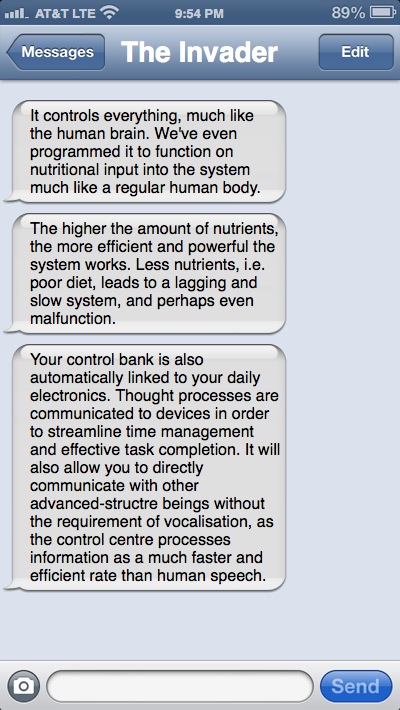 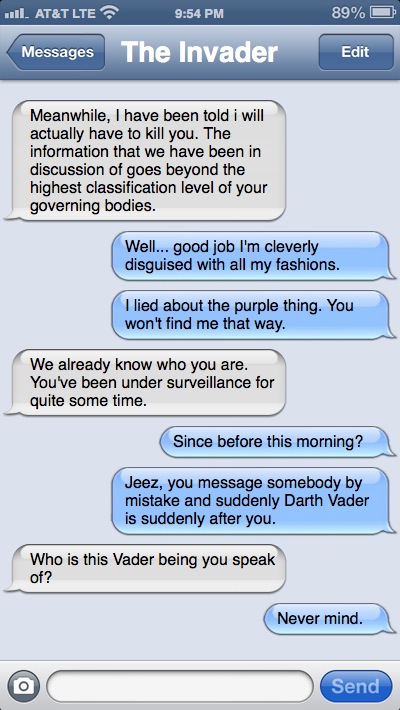 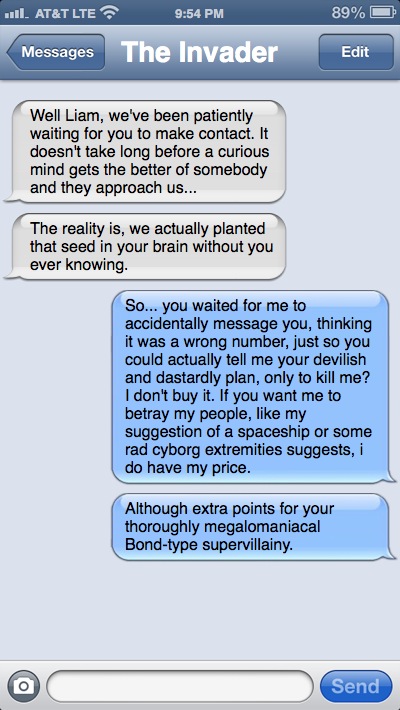 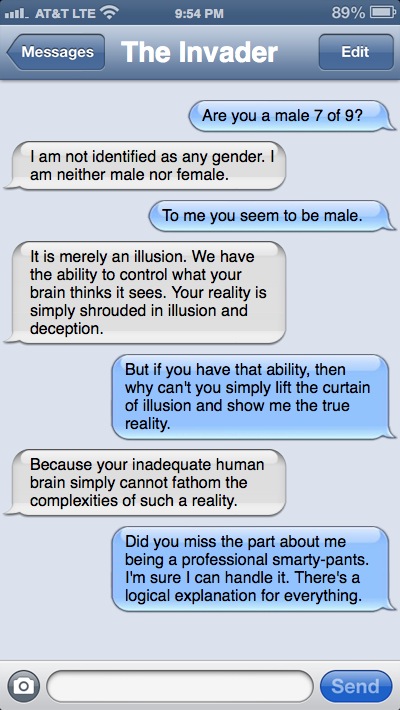 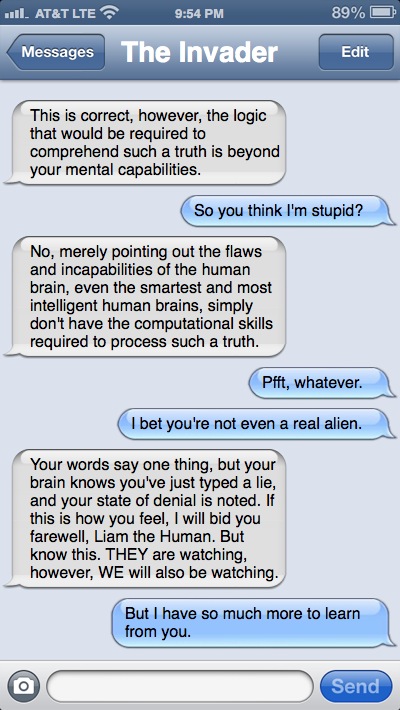 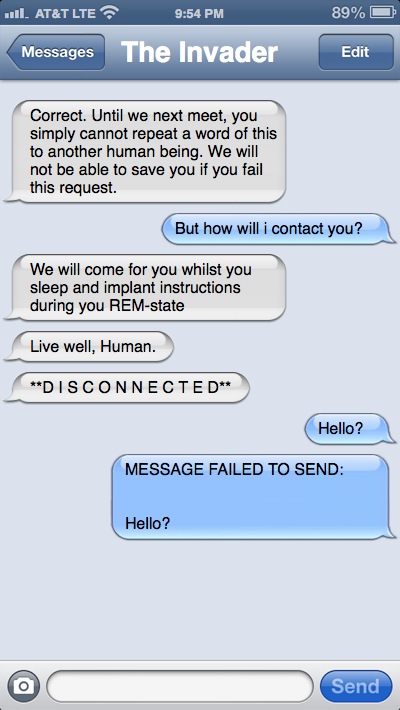 Special thanks to ‘L’ The Human for indulging in my randomness.

You meet an alien and need to explain to it blogging. Explain what blogging is (and what blogging means to you) without ever using the word “blog.”

Well, obviously this alien being isn’t a threat, and is actually nice and civil and doesn’t want to destroy humanity or steal me away for a fun filled night probing… which, let’s face it, shouldn’t really be much of a threat to any gay man, considering that generally we would call the same thing with another guy ‘Friday night’.

So I will also assume that this alien can both speak and understand english so that I don’t have to deal with over-the-top hand gestures, or resort to playing some kind of weird version of charades…

So this is a phenomenon that was created kind of a way to express one’s thoughts and opinions online to a much wider audience, rather than just a persons immediate social circle. Many people have different types of these sites. Some use it as a person diary; some use it to write reviews of movies, restaurants, clothing etc; some use it to display their cooking skills, or some simply want to share cat videos with the world.

Not every site is the same as the next, as everybody is different, and each person has something different that they want to share with the rest of the world, or at least, whoever is actually taking the time to read what they’ve posted.

For me, I use it as a platform to get into a habit of writing regularly, as I have aspirations of writing something much bigger, and more in depth, but I find that even just the basic task of writing daily to be quite a challenge a lot of the time, so I don’t know how I’m going to manage to write something with more substance to it. I actually have two of these sites that I use, one is for my daily writing challenges, and the other is for documenting all the stupid interactions that I have with people. It’s like a  play-by-play of the stupid things that people say and do either to me, or around me, that make me want to bang my head against a wall in utter frustration.